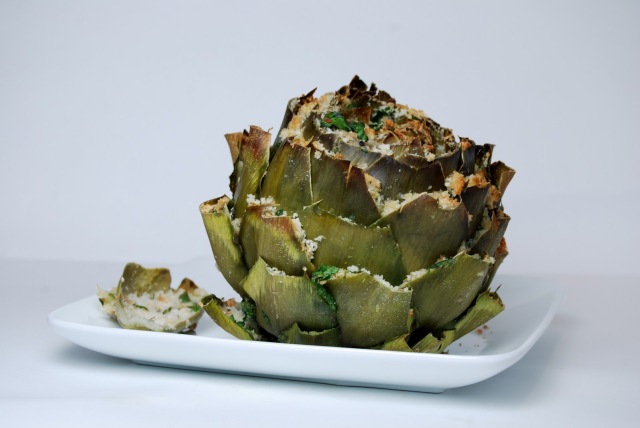 I am not a big fan of winter. I am a total wimp when it comes to surviving the cold weather. Around here the cold sets in, in late October, and runs all the way through May!! I always fool myself into thinking that April is going to make everything all better. The reality is Boston weather seems to jump right from the 30’s in April to the 90’s with serious humidity in July. In between, dreariness, rain, rain and more rain. The only thing that makes it slightly palatable is the blooming of the trees and flowers. Then there are years like 1997,  when the weather played a serious April Fool’s joke on us, pounding the city with 26.5 inches of snow!
I manage winter in “blocks” of time. Once school starts, my goal is to make it through to Halloween. The weeks between the beginning of school and Halloween make up the first block of my winter time line. Once Halloween is over, I start thinking about Thanksgiving. The weeks from Halloween to Thanksgiving make up my second block of winter. The second block is not so bad. Who doesn’t like Thanksgiving! I even get a little excited thinking about Christmas.  The day after Thanksgiving, the third block starts. The weeks from Thanksgiving through New Year’s Day is always a mad dash, so this block definitely goes by the fastest! When I hit January 2nd things get ugly! The fourth block of my time line begins. I am usually coming down from my holiday high and there is not much to look forward to until Valentine’s Day. Except, sometimes the Super Bowl, IF the Patriots make it exciting for us!  Unfortunately, they blew it this year, so there was no reason to watch the Super Bowl. We did get Nemo 2013!! The storm made it a little exciting, but the girls had many days off from school, which brought me to tears every afternoon!
At least the snow cheered up the landscape, transforming the winter ugliness into a winter wonderland! It looked like this…

Fortunately, I started seeing Valentine’s merchandise down at the drug store right after Christmas and that picked up my spirits. The girls and I kept busy making “love bug” cookies their school friends and teachers. 54 cookies to be exact! They were really cute. Here is what they looked like…

After Valentine’s Day I hit rock bottom. The fifth block of the time line. The weeks between Valentine’s Day and Easter, by far the longest and hardest block of my winter time line! It’s around this time that I really start noticing the very bare trees and gray skies. Our winter wonderland has turned into my worst nightmare! Mile high, dirty piles of snow lining the streets, sidewalks of ice and freezing temps with wind that knocks the breath right out of my lungs! I am working very hard to make it through the current block of my winter time line. Baby steps… like the Golden Globe Awards! Just a week from the Golden Globes to the Grammy Awards and two weeks from the Grammy’s to the OSCARS!! Thinking about Easter helps. Ah…Easter…bulbs blooming…days are noticeably longer and preparation for the garden starts! I even bought a box of Peeps yesterday.

A couple of other things brightened up my week.  The first was I noticed yesterday morning that the sun came up at around 6 AM. The second, I laid my eyes on these beautiful, big artichokes! My heart skipped a beat! Soon spring onions and fresh peas! 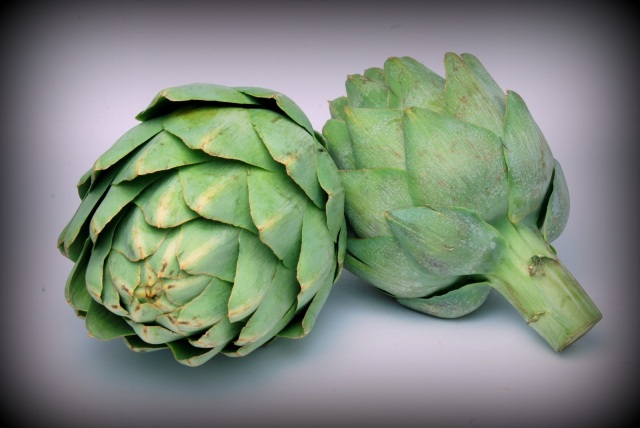 We used to sell a gazillion of stuffed artichokes at Cremaldi’s. The two big times were Christmas and Easter! We couldn’t make enough. They are soooooo good! I decided to drowned my winter doldrums with a couple of stuffed artichokes!
Here are the steps to prepping the artichokes…
First step is to trim the stems and tops of leaves. The tops have pinchers so handle with care! We use a pair of scissors. Don’t take too much off! Just the tip!

Carefully drop each choke into boiling water. Push them down into the water and then cover the pot.  Boil for 13 minutes or until there is no resistance when you tug on a leaf with a pair of tongs

Once they are tender carefully pull out of water with a pair of tongs. BEWARE…be careful that the boiling water does not go down the handle of the tongs. It will burn your hands! Keep them upside down on a tray so the water drains out of them.
While they are cooking start prepping your stuffing ingredients. (See below for recipe)
It is time to stuff! 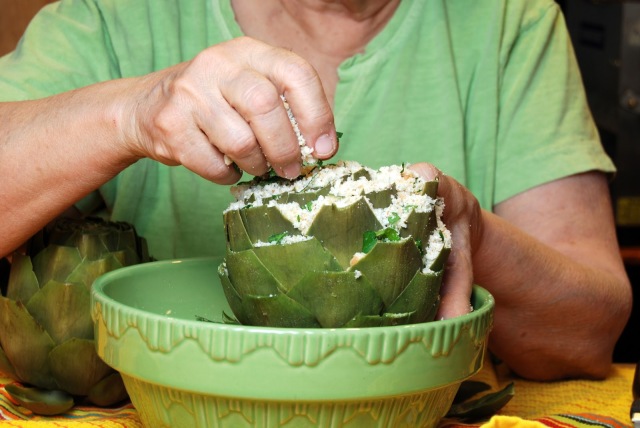 Use your thumbs to carefully open up the leaves and sprinkle filling in... 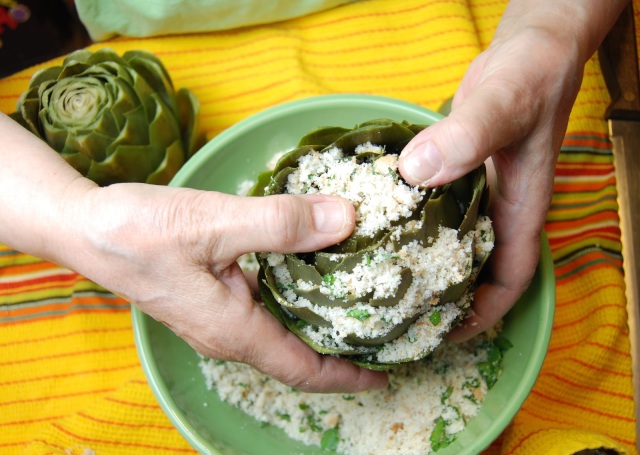 Give them a little shake every now and then to make sure the filling is getting down in there!
Next step is to drizzle them with oil. We like to use a 10% olive oil/vegetable oil mix. It is not as heavy as straight olive oil.
Don’t skimp on the oil!! You don’t want them to be dry like the Sahara desert! 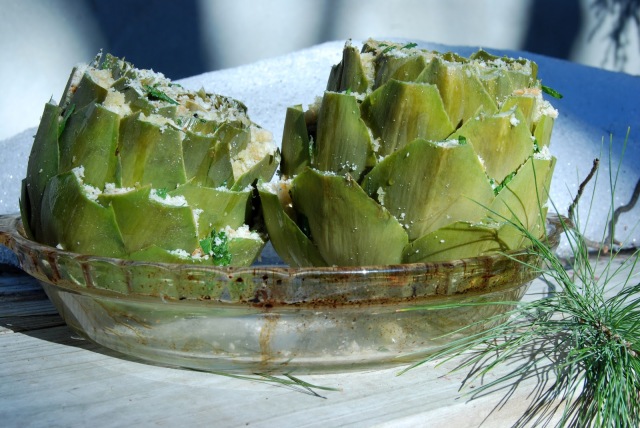