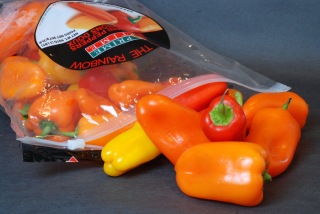 My mother discovered these baby bell peppers at Cosco. At first, they were hard to find and we could only get them at Cosco.  Now I can get them at Market Basket and I have seen them at Whole Foods. I love the color! One night,  I walked into my mother’s house and she had a large skillet on the stove with about 2 tablespoons of olive oil on the bottom. All of a sudden she dumped the whole bag of baby bell peppers in, stems and all! They began sizzling!

She didn’t touch them.  I kept asking her if she was going to stir. She kept saying “NO”. After about 6-7 minutes she stirred and it was amazing. The peppers were charred like they had been directly over the flame. She lowered the flame once they all had a nice even char and let them cook through. When they were nice and tender she added sicilian black olives. The heat of the skillet plumped up the olives and then she turned off the flame.
We ate them with fresh bread, cheese and some salami! We eat the seeds and all!
I’ve been waiting to post this because I have wanted to get a video of my mother cooking them.  We haven’t had time but maybe at some point I’ll post a video just to show the technique. Technique makes them sound hard but they are VERY EASY so make them! 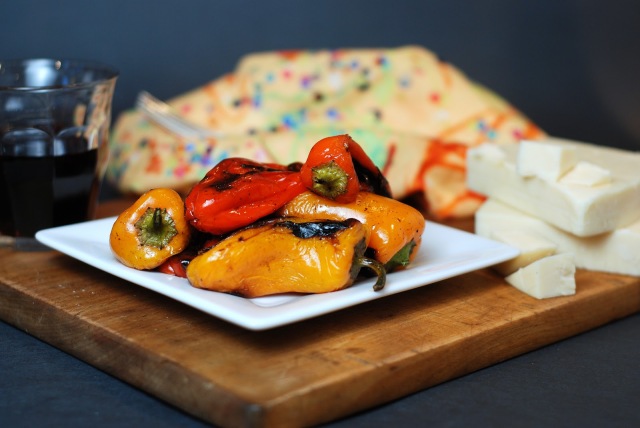 Just grab one by the stem and pop into your mouth!
Heaven! 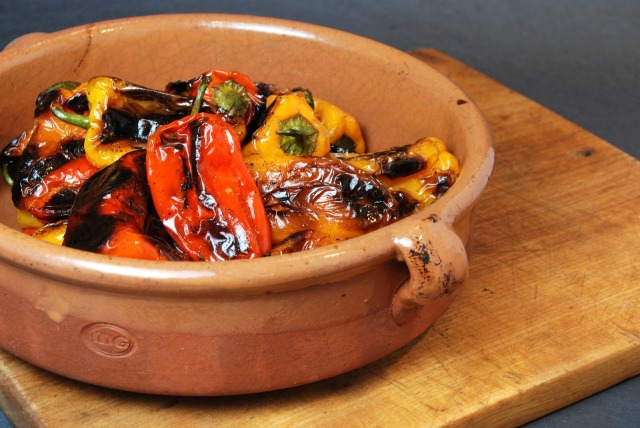